Thursday, June 9, 2022 | 5pm to 8pm
Discussion of The City Creative: The Rise of Urban Placemaking in Contemporary America
By Michael H. Carriere and David Schalliol

Join TRUE Skool Co-Executive Director Fidel Verdin and other local not-for-profit leaders, Milwaukee-based historian Michael Carriere, and Minneapolis-based sociologist David Schalliol for an event about how artists, activists, and neighbors are creating community-based programs that are changing the way that cities work.
The discussion will be framed by Carriere and Schalliol’s book, The City Creative: The Rise of Urban Placemaking in Contemporary America (The University of Chicago Press, 2021), for which the pair collaborated with local organizations and visited more than 200 groups in more than 40 cities around the country. The book draws from these experiences, combined with archival research, interviews, original photographs, and more to better understand what is often called “creative placemaking” and to anchor it neighborhoods for a more just and equitable future.
​
5PM-6PM Show up when you want, hang out, and enjoy music DJed by Sahan
6PM-7PM Discussion and Q&A
7PM-8PM Post-discussion chatting with music DJed by Sahan

"The City Creative is a profound exploration of how residents working together can turn around the nation’s most struggling cities. It is part scholarly critique of placemaking as an economic and social strategy of urban revitalization, part gorgeous photo essay of urban experimentations, and part powerful argument for making cities productive rather than postindustrial, with remedies homegrown and not top-down. This breathtaking book inspires hope and confidence in what committed members of a community can make possible." --Lizabeth Cohen, author of Saving America’s Cities

Signed copy | $35.00
BUY THE BOOK
In the wake of the Great Recession, American cities from Philadelphia to San Diego saw an upsurge in hyperlocal placemaking—small-scale interventions aimed at encouraging greater equity and community engagement in growth and renewal. But the projects that were the most successful at achieving these lofty ambitions weren’t usually established by politicians, urban planners, or real estate developers; they were initiated by community activists, artists, and neighbors. In order to figure out why, The City Creative mounts a comprehensive study of placemaking in urban America, tracing its intellectual history and contrasting it with the efforts of people making positive change in their communities today.

​Spanning the 1950s to the post-recession 2010s, The City Creative highlights the roles of such prominent individuals and organizations as Jane Jacobs, Christopher Alexander, Richard Sennett, Project for Public Spaces, and the National Endowment for the Arts in the development of urban placemaking, both in the abstract and on the ground. But that’s only half the story. Bringing the narrative to the present, Michael H. Carriere and David Schalliol also detail placemaking interventions at more than 200 sites in more than 40 cities, combining archival research, interviews, participant observation, and Schalliol’s powerful documentary photography. Carriere and Schalliol find that while these formal and informal placemaking interventions can bridge local community development and regional economic plans, more often than not, they push the boundaries of mainstream placemaking. Rather than simply stressing sociability or market-driven economic development, these initiatives offer an alternative model of community-led progress with the potential to redistribute valuable resources while producing tangible and intangible benefits for their communities. The City Creative provides a kaleidoscopic overview of how these initiatives grow, and sometimes collapse, illustrating the centrality of placemaking in the evolution of the American city and how it can be reoriented to meet demands for a more equitable future. 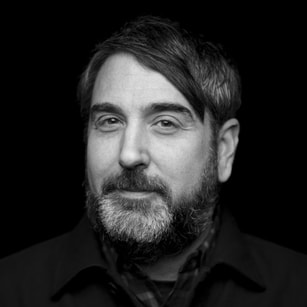 Photo by Kevin Miyazaki
Michael H. Carriere  is a Professor at the Milwaukee School of Engineering University, where he teaches courses on American history, public policy, political science, environmental studies, and urban design. He has written for such publications as the Journal of Planning History, the Journal of Urban History, Cultural History, Reviews in American History, Punk Planet, Pitchfork.com, and Salon.com. He is the co-author, with David Schalliol, of The City Creative: The Rise of Urban Placemaking in Contemporary America (The University of Chicago Press). He holds a PhD in American history from the University of Chicago. 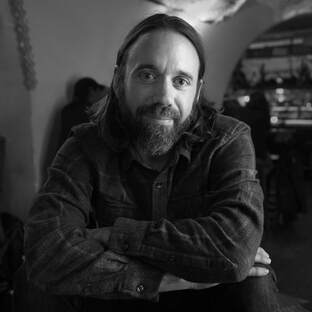 Photo by Molly Hanse
David Schalliol is an Associate Professor of Sociology at St. Olaf College who is interested in the relationship between people and place. He is the author of Isolated Building Studies (UTAKATADO) and co-author, with Michael Carriere, of The City Creative (The University of Chicago Press). His work has been supported by institutions including the Graham Foundation and the European Union and featured in publications including MAS Context, The New York Times, and Social Science Research. David exhibits his photographs widely, including in the Chicago Architecture Biennial, the Centre Régional de la Photographie Hauts-de-France, and the Museum of Contemporary Photography. David earned his BA from Kenyon College and his MA and PhD from the University of Chicago.

"This is essential reading for this year of crisis (2020) and beyond: in the midst of a global pandemic, which has decimated urban public life, as diverse Americans reclaim the city’s streets in the name of racial justice, The City Creative illustrates a broader history of creative placemaking in American cities and highlights the diverse and sometimes conflicting efforts to build anew. With an assemblage of rigorous case studies, a commitment to community engagement, and a rich compilation of compelling photographs, Carriere and Schalliol show us how the struggle for more inclusive and more just cities begins at the grassroots." --Eric Avila, University of California Los Angeles